‘I don’t want them thinking this is normal’

You arrive at Melanie Smith's studio apartment via a lift, a door with a cracked window and a narrow corridor monitored by CCTV.


Opening the door, Mel apologises for the fact that the main living space is taken up by two wooden single beds. You step over the second bed to get to the sofa.


Then she tells you this is not just the sofa. This is also her bed. And it sits a few feet from the sink and oven of her kitchenette.


There's a small ensuite bathroom but the door cannot be fully opened. Because of one of the beds.


A proper wardrobe would most likely block the studio completely. So the clothing and possessions she and her two sons own are hung on the door of the ensuite, a clothes rail and in boxes under and around the bed. 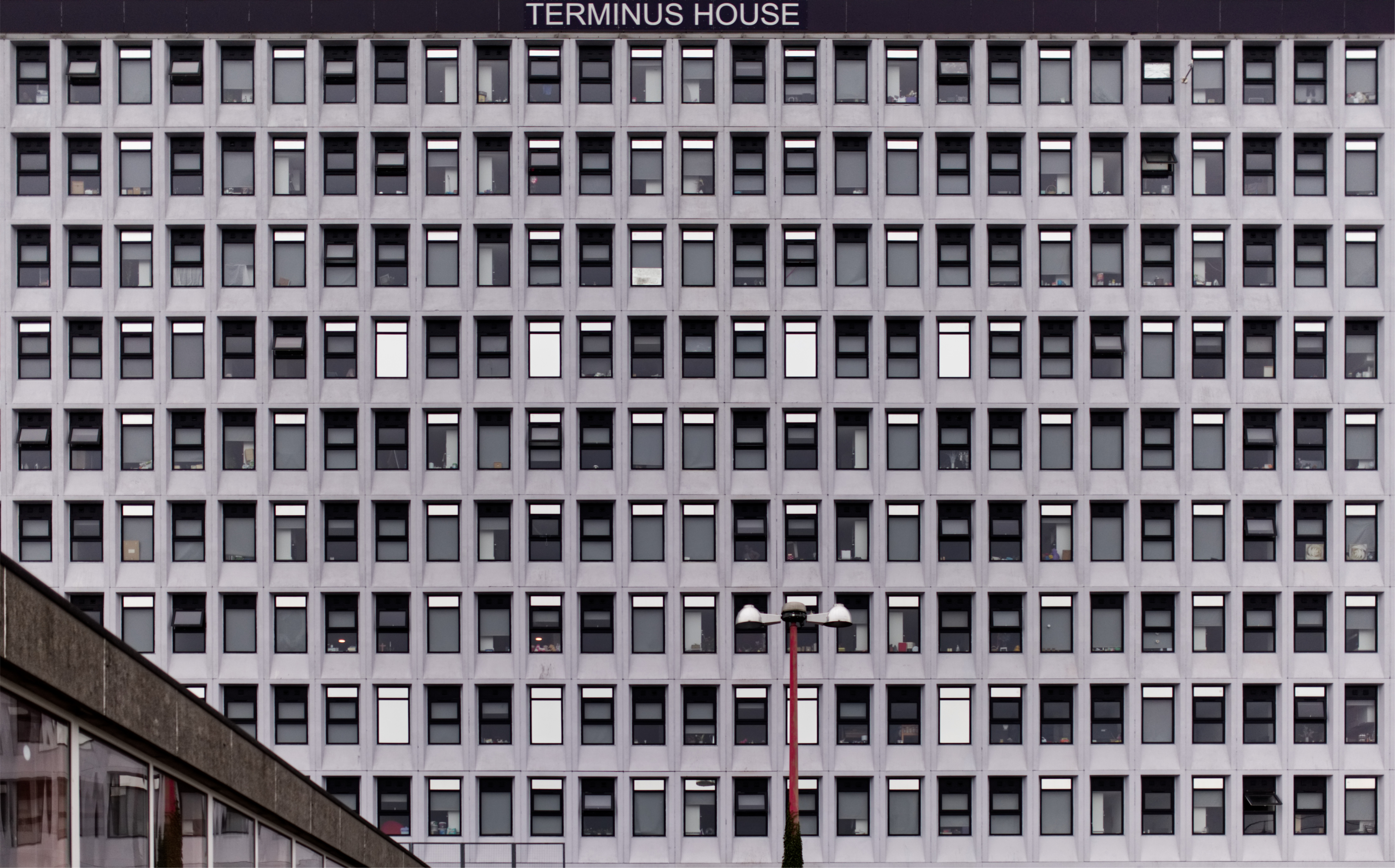 Mel works as a volunteer at a nearby charity shop. Yes, she cares about the work itself. But she also does it, she says, to get out of her studio apartment at Terminus House in Harlow.

The former office block - the Essex town's tallest building - is one of hundreds up and down England which have been turned into housing without ever needing planning permission.

Its owner, Caridon Property, claims it delivers a "good service" at the 14-storey 1960s office block - and that it does all it can to keep people safe.

"There's no room," Mel told us in our report for the BBC, adding her sons "have to eat, drink and sleep in their beds".

"There's no room to move about. It is not good for them. It is ridiculous really."

She claims it is not safe for her children to go downstairs, even during the day, because of drug users who are "out of it".

Changes by successive governments to housing and welfare mean the private sector is increasingly responsible for providing such accommodation, as councils and housing associations lack the capacity.

"It is very scary. You don't know who is outside the door.

"Any arguments that happen, it is always, constantly, outside the door. Often you hear them banging against the door where they are fighting.

"The wall next to me - I had to clean the blood off it two weeks ago.

For its part, Caridon Property says it does all it can to keep people safe and says its units are meant to be temporary accommodation for people in urgent need of a home.

"As a business, Caridon remains incredibly proud of the work our on-site management teams do on a day-to-day basis, helping house some of the most vulnerable in society.

"Harlow council and all other host boroughs are always offered first choice when we have a vacant property and the majority of our residents in Harlow are from the area.

"Our homes are not intended as permanent accommodation but as a stepping stone on as part of a wider housing journey.

"The alternative for many of our residents would a room in a hostel or B&B, where they'd have less space, security and privacy, or homelessness.

"Changes by successive governments to housing and welfare mean the private sector is increasingly responsible for providing such accommodation, as councils and housing associations lack the capacity." 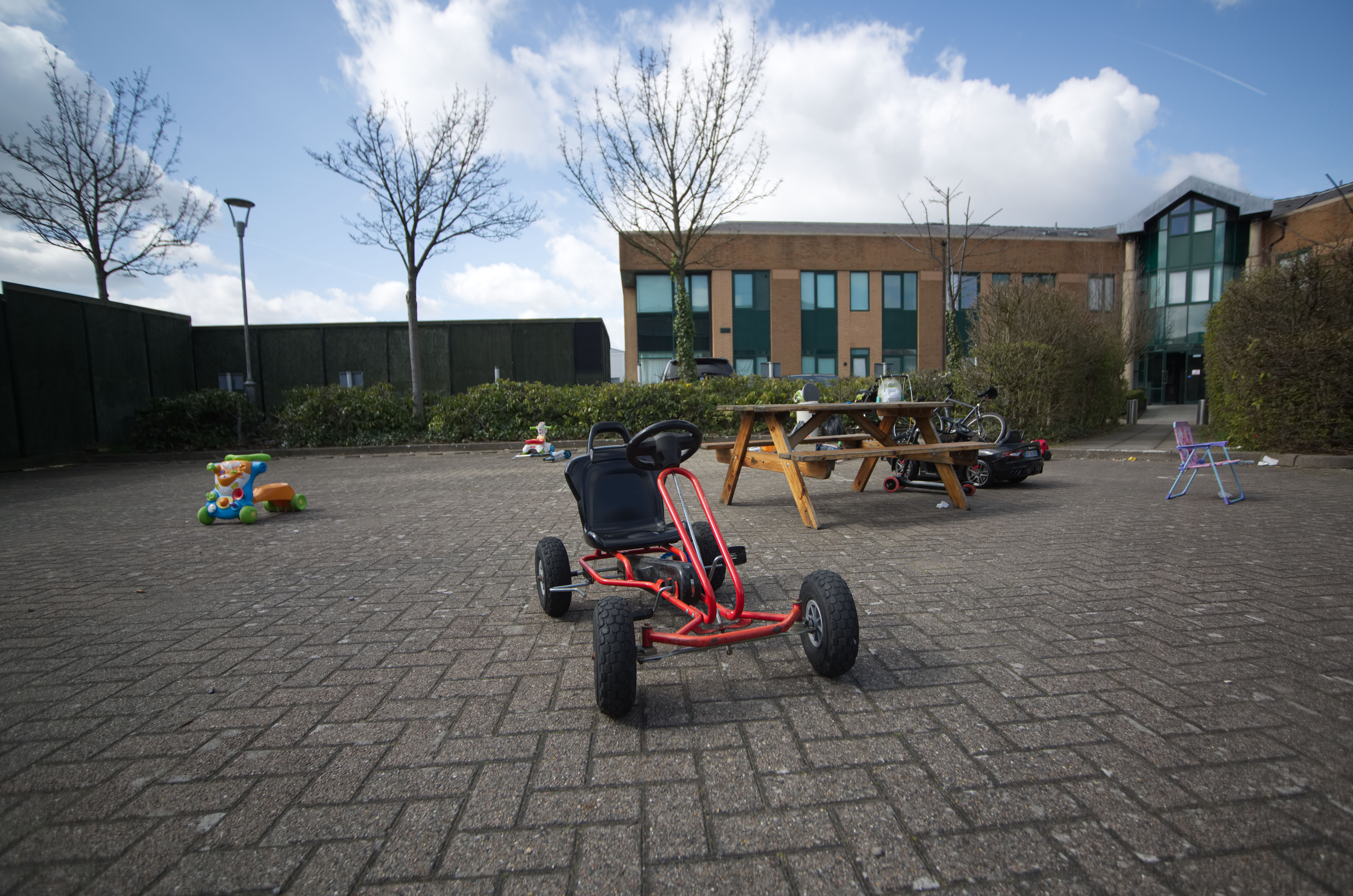 Terminus House is far from the only former office block to be resurrected as housing for people in need.

According to The Local Government Association, half of all new homes being created in Harlow are from office block conversions.

Greenway House, which is run by another company, sits to the far western outskirts of the town.

Its flats are larger, the corridors wider and it has a play area for children, albeit a makeshift one in a fenced-off section of the car park.

No residents who spoke with the BBC voiced concerns about crime or their personal safety. What they did complain of, however, was their sense of isolation. 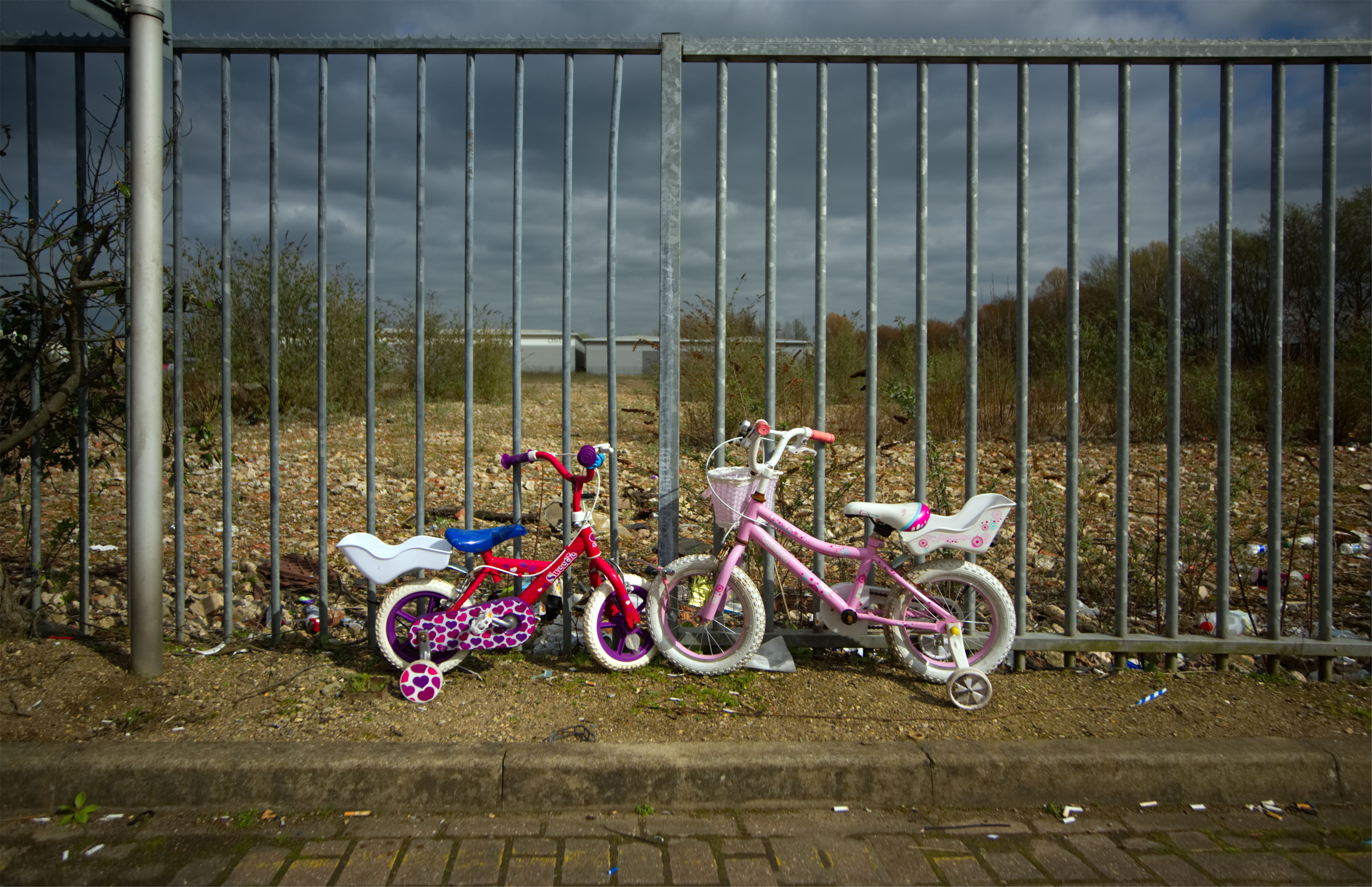 Danny Purton, portfolio holder for the environment at Harlow Council, compared the use of office blocks for homes to "human warehousing".

"While they are here, we try and make them as welcome as possible," he said.

"They are moving here because they are being off-rolled from London, where these people cannot afford the price of housing.

"In Harlow, the business model works for these landlords. But they shouldn't be here - they should be back with the communities they have come from and where the services are."

He said many families lived in "complete isolation". 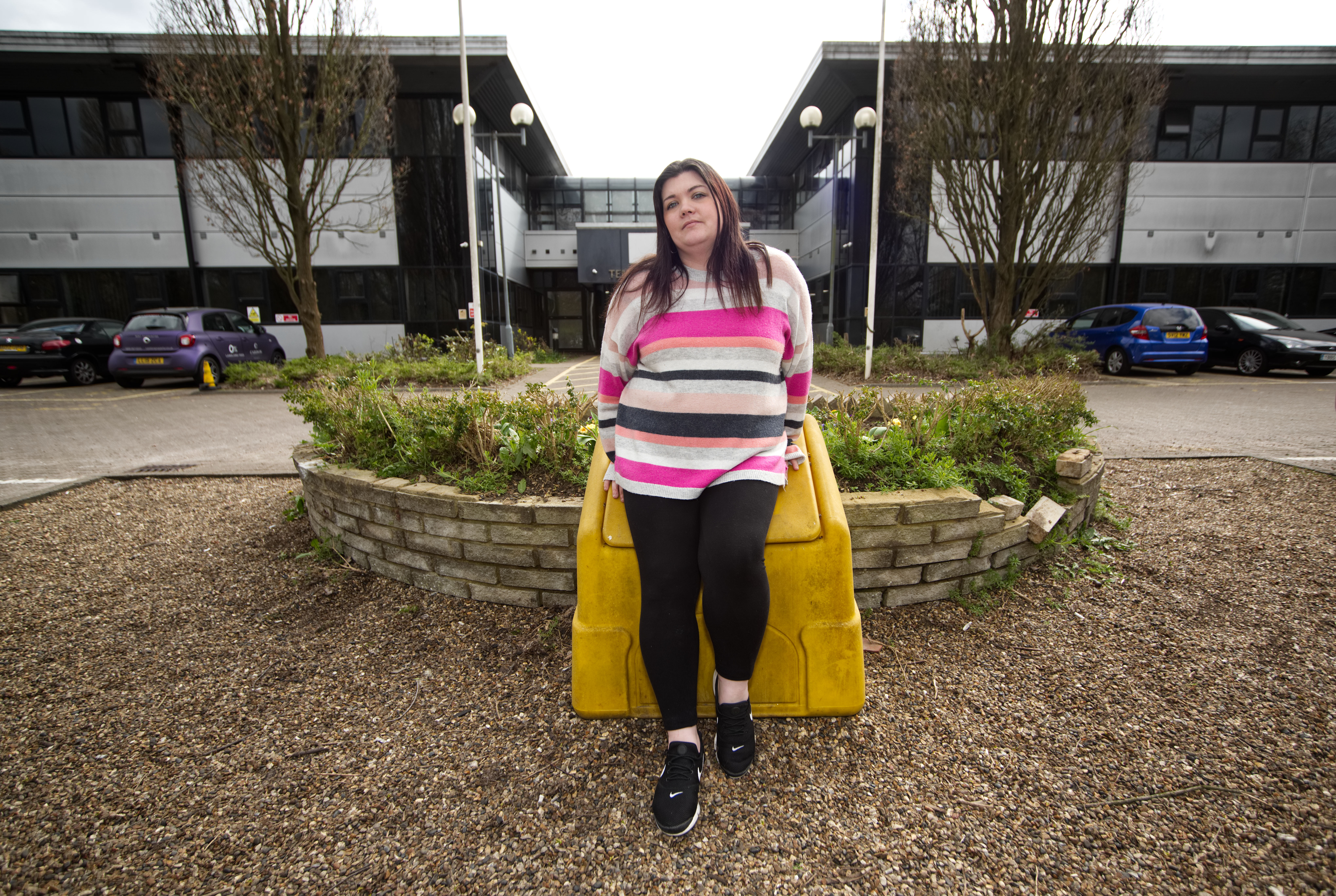 The day our piece on Harlow's office block housing was published, Harlow Council issued a statement saying it had "agreed to look at introducing new planning directions to reduce the number of offices and industrial premises being converted into residential properties in the town".

It said: "Permitted Development rules allow landowners to convert offices and industrial premises into residential accommodation without the need for planning permission from Harlow Council.

"Article 4 directions would see landowners having to go through the normal full planning application process – a process over which the council has greater control.

"There is a cross party support on Harlow Council for action to be taken to reduce the permitted development problem."

If enacted, the Article 4 Directions, would mean that planning permission from the Council is required before any more offices or industrial premises are converted to housing in The Pinnacles, Templefields (area not already covered by the Templefields Enterprise Zone site), the Burnt Mill Industrial area/offices adjacent to Harlow Town Railway Station and in Harlow Town Centre.

"The council is concerned that London Boroughs are using such developments for their housing shortage by placing homeless families in them.

"This is forcing families to move miles away from their communities, their families, and friends and where their children go to school or place of work.

"For Harlow it also puts additional pressure on already stretched local services like social services, health services and the hospital."