In the footsteps of Corrie McKeague

The 23-year-old airman had been for a night out with friends in the Suffolk town of Bury St Edmunds.

He has not been seen since.

Last year I was commissioned to photograph the various places Corrie visited after arriving in Bury St Edmunds that night from his base at RAF Honington.

The brief contained a comprehensive list of locations throughout the town – starting with a car park and ending in an area known in the town as the “horseshoe”.

All were to be shot at about the times Corrie was known to have visited them.

The Corrie Mckeague case has generated an enormous amount of publicity. 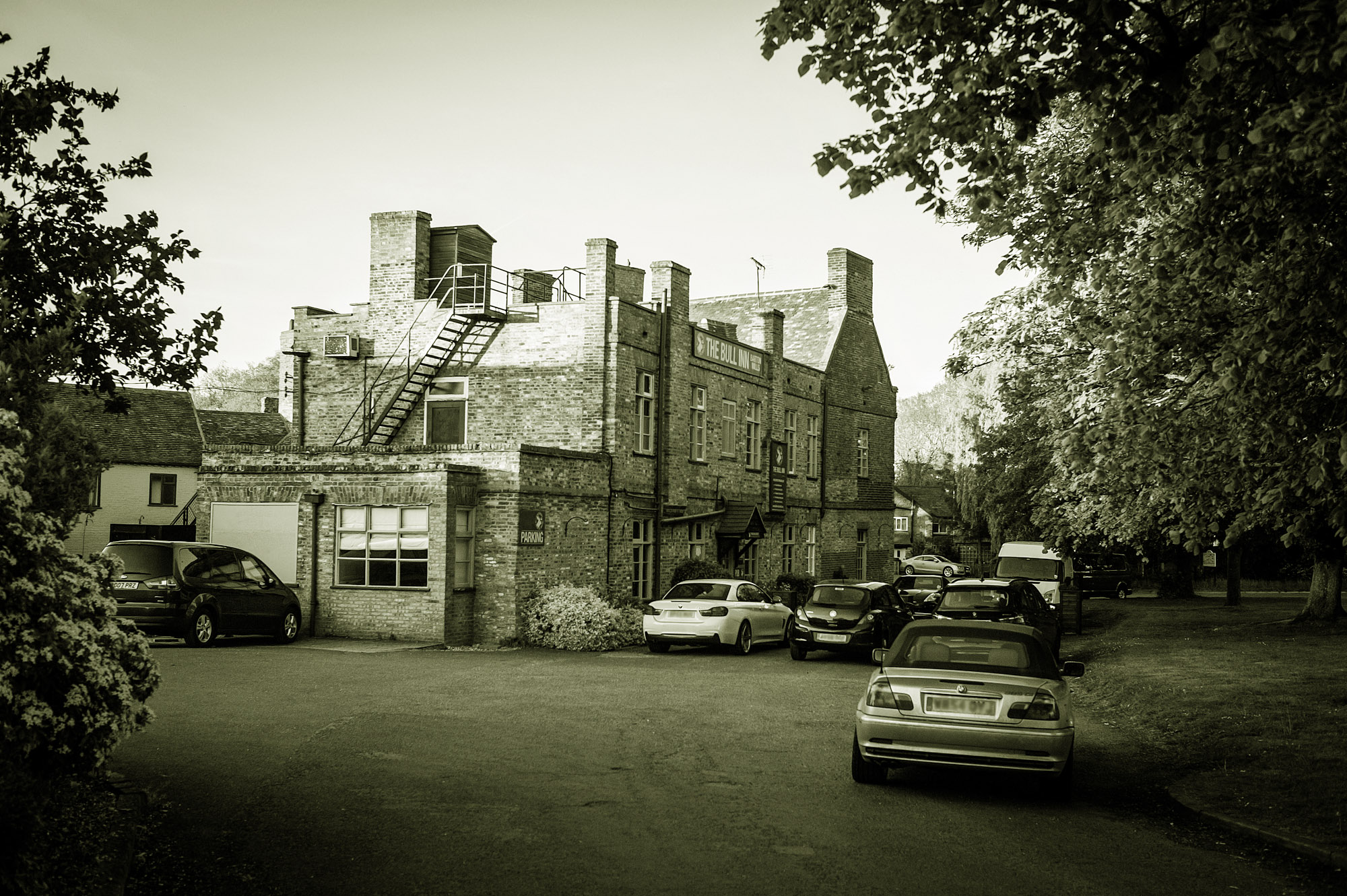 Corrie was one of more than 120,000 people across England reported missing that year. Of those, about half are children.

Some might even feel a little uncomfortable at the mount of attention Corrie’s disappearance has garnered, given Corrie was a healthy serviceman in his 20s. Not least because that same year hundreds of vulnerable children also went missing, many with barely a mention.

What makes Corrie’s case different from more than 95% of the other missing persons cases is that he remains missing.

Before going into Bury St Edmunds, I met Nicola briefly in the atrium of a hotel about 10miles from Bury which has become her base of operations.

It is from here that she has led a tireless campaign not only to find her son but also to monitor the efforts of Suffolk Police in trying to trace him.

Nicola is more effective than most people could dream of being in her situation because she is a serving police officer.

She explained in disarmingly blunt terms that she was doing what any parent would do if their child went missing: Everything.

It is from this hotel that Nicola Urquhart has led a tireless campaign not only to find her son but also to monitor the efforts of Suffolk Police in trying to trace him.

Meeting Nicola made the assignment personal.

I was no longer on a snapshot walkabout taking pictures of a list of places.

I was retracing the last known route of a much loved son, seeing the buildings and in some cases the people he saw on the night he went missing.

The journey starts in the Robert Boby Way car park on the western edge of town.

It was here that Corrie parked his BMW Z4 before heading into town to meet friends at the So Bar.

After arriving in the town, Corrie spent some time on the telephone to one of his brothers before walking down to the So Bar.

It was inside the So Bar that Corrie, who was a gunner with No 2 Sqn, RAF Regiment, joined in a song with musician Nick Lowe.

The singer says Mr Mckeague was “quite a regular” in the town’s bars.

He was posted to RAF Honington, an airbase about 10miles north of Bury, in October 2013. The 5ft 10ins airman spent three months training before passing out.

After leaving the So Bar Corrie, wearing a light-pink Ralph Lauren shirt and white jeans, headed with his friends over to the Wetherspoon Corn Exchange pub at about 23:30 BST.

A number of people remember encountering him inside the large, imposingly built, public house, because he was going up to a number of tables saying ‘hello’ to the punters.

Corrie and his friends left the Corn Exchange at about 00:30 BST and went to Flex nightclub on St Andrew’s Street, just a minute’s walk away.

Just after 01:00, Corrie was escorted out of Flex by one of the club’s doorman.

The doorman says Corrie had “consumed enough alcohol” to draw attention to himself and had “amicably” agreed to leave.

It was at this point that Corrie became separated from his friends and the rest of his journey that night would unfold alone.

He bought burgers, a kebab and a bag of chips from his regular night food favourite – Pizza Mamma Mia.

Staff there say he seemed “happy” and apparently played rock, paper, scissors with a stranger.

He is then picked up on CCTV eating his food opposite The Grapes pub on the corner of Brentgovel Street and St Andrew’s Street at about 01:20 BST.

He lay down and slept for about two hours in the doorway of the Hughes electrical store on the corner of Brentgovel Street and St John’s Street. 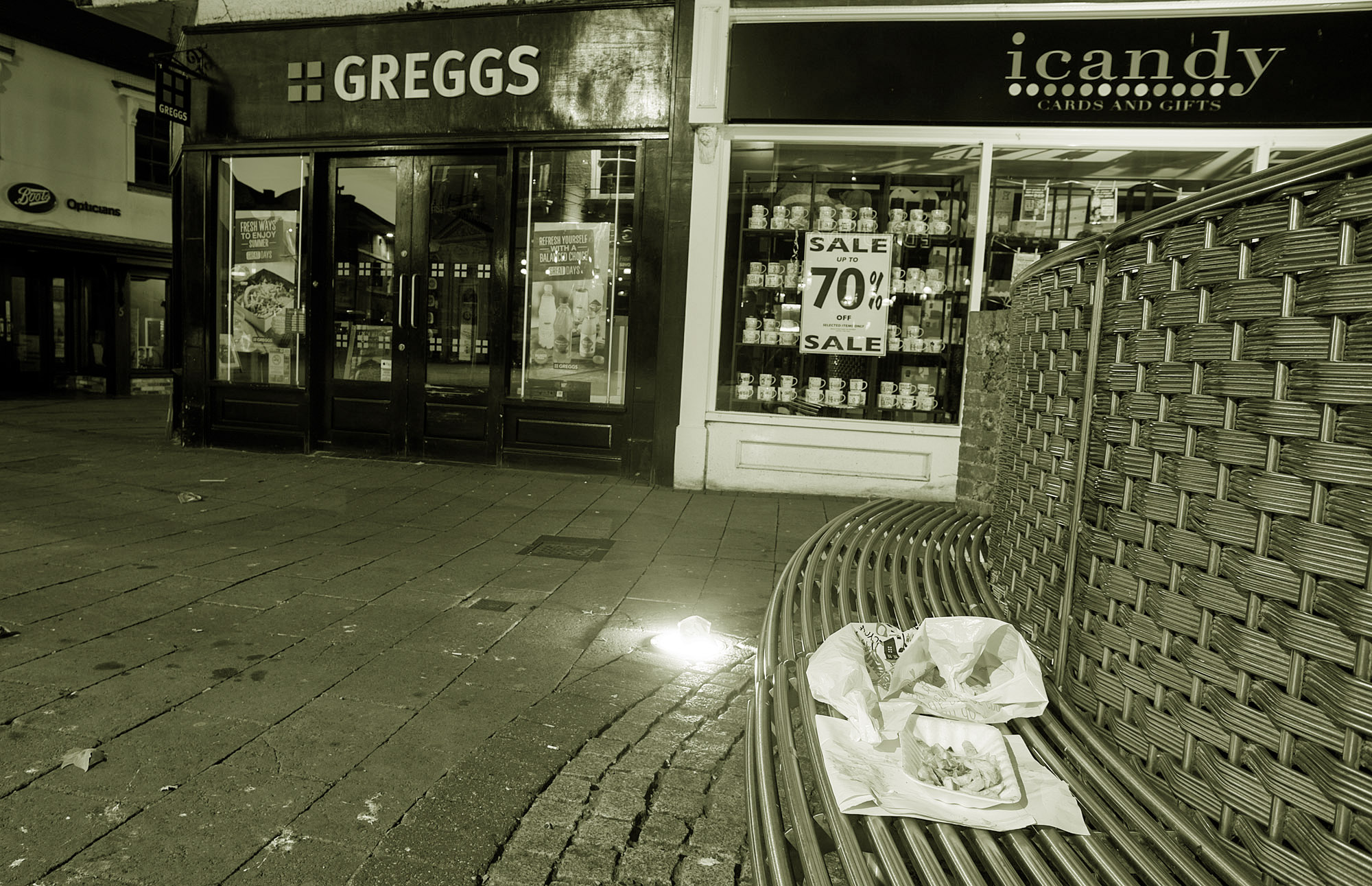 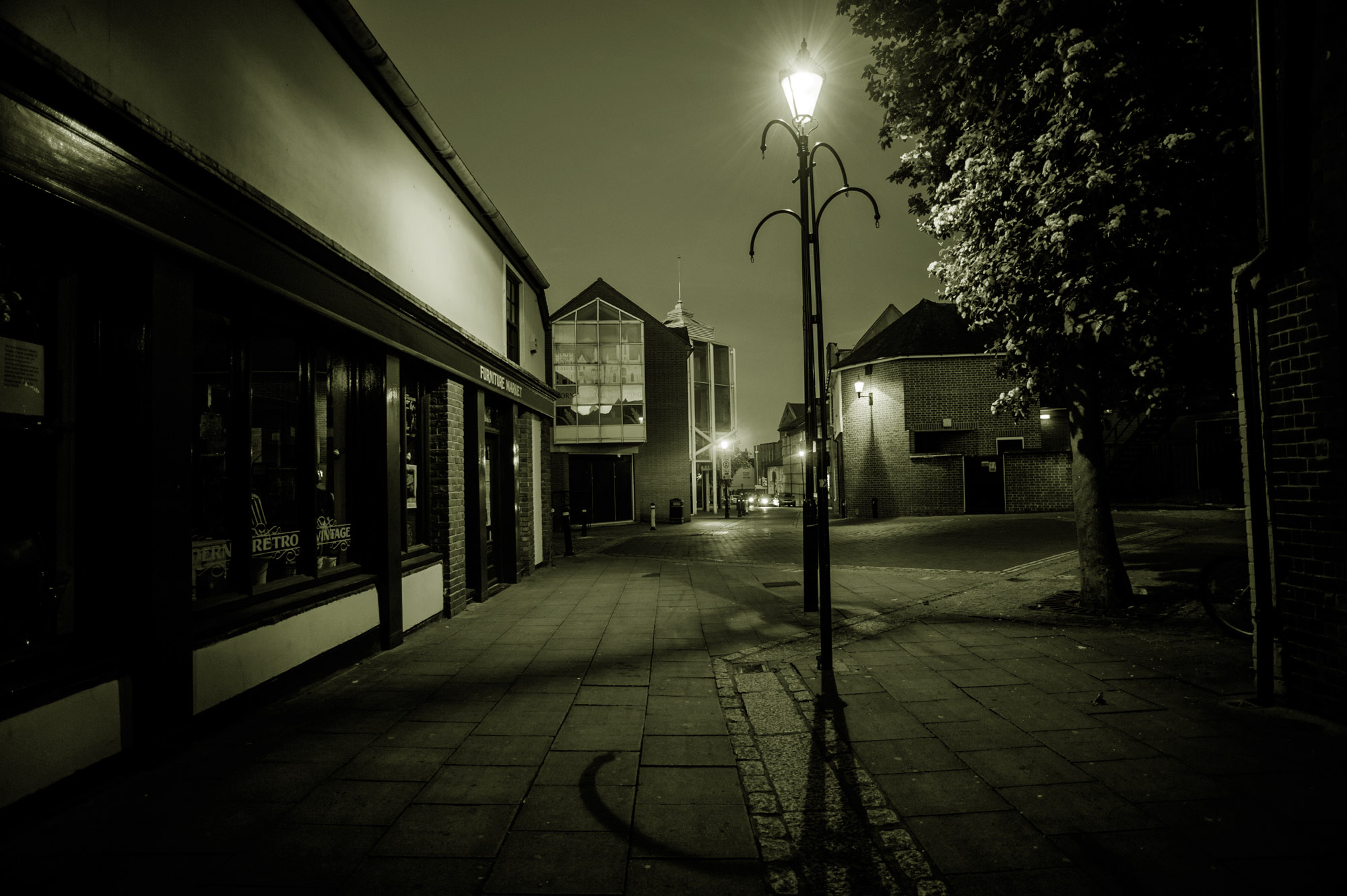 At this time of night, this part of town is reasonably quiet. The doorwell itself is pretty dark and it is perfectly possible Corrie managed to lie there undisturbed.

Records then show that at 03:08, Corrie forwarded a photo of a previous night out to a friend from his phone.

The next CCTV images of Corrie show him turning right into a loading bay area, known as the “Horseshoe”, at 03:25 BST.

When I first heard of the ‘Horseshoe’ I imagined it would be a dead end with just one route in.

“Corrie had been known to go to sleep in rubbish on a night out”.

It is far from it.

The ‘Horsehoe’ is basically a turning circle with three roads in and out. The backs of a number of businesses and buildings face into it and there are usually five or six trade waste bins stored there.

Early in the evenings it is a well used thoroughfare by people of all ages.

As the night rolls on, it becomes quieter.

When I visited for this assignment I encountered a group of youngsters drinking cheap booze and smoking, and a slightly inebriated man in his mid 40s eating a burger next to the bins.

Corrie is seen on CCTV going into the Horseshoe.

Suffolk Police have proved that it is impossible to leave the area on foot without being seen on CCTV.

He is never captured going out.

RAF Honington reported Mr Mckeague’s disappearance to police on Monday, 26 September when he did not turn up to parade at 11:30.

A lorry, which picked up bins in the area he was last seen, took a route that appeared to coincide with signals from Mr Mckeague’s mobile phone.

It later emerged an error had been made in the reading. In fact, the lorry was carrying more than 100kg (15st 10lb) – “far higher than originally thought”. And enough to have included Corrie. 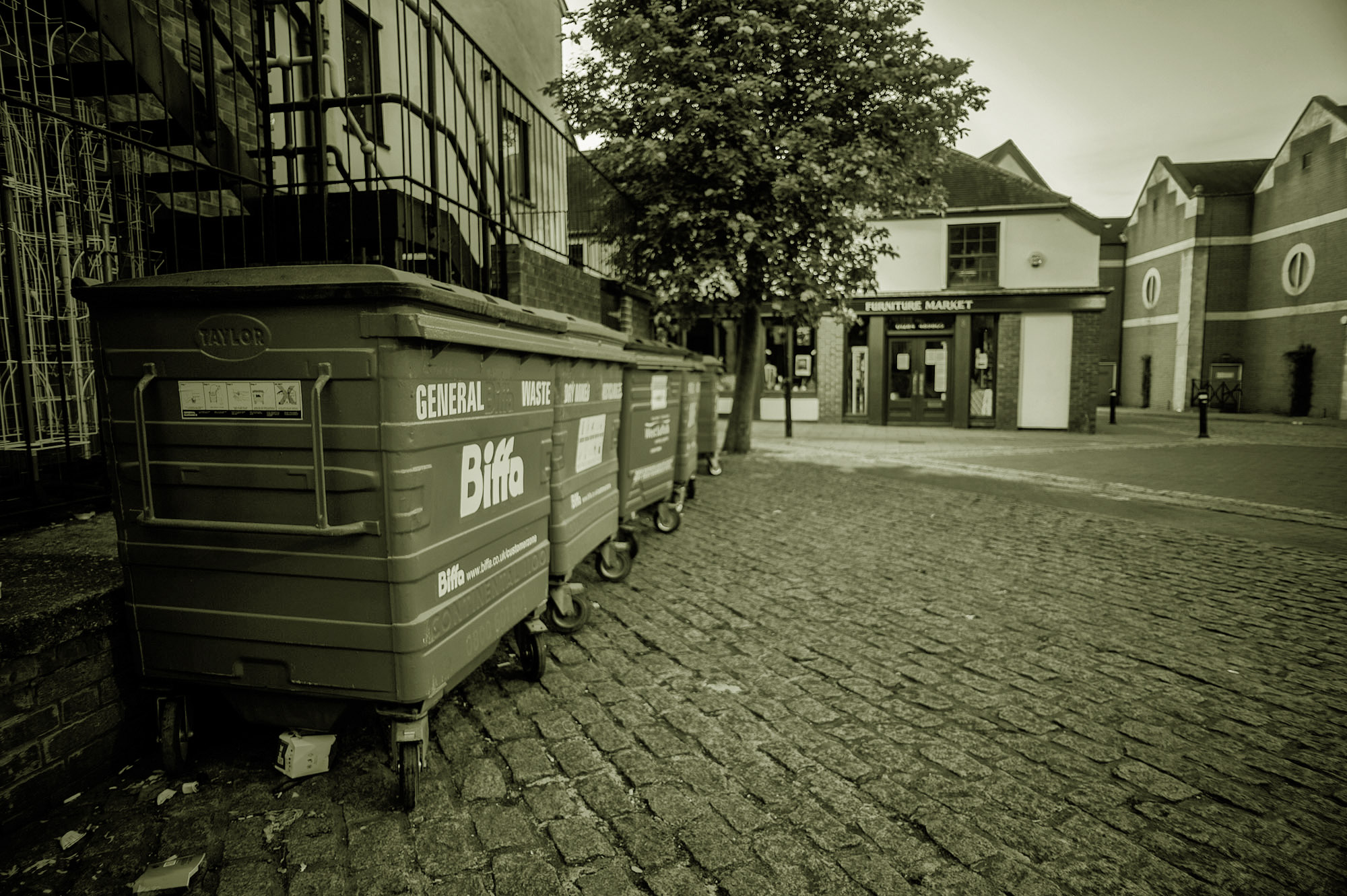 Police say the error in the reading supplied to them was an innocent mistake, with no intention to mislead.

The discovery was followed by a massive police search at a landfill site in Milton, near Cambridge.

Why, some wondered, would have he been in a bin?

Det Supt Katie Elliott explained: “Corrie had been known to go to sleep in rubbish on a night out.

“There is no evidence to support any other explanation at this time.”

Surprisingly, people sleeping inside trade bins is not as uncommon as you may think.

An investigation by the BBC’s Victoria Derbyshire programme revealed dozens of people were found each year sleeping in bins. They are usually warm, offer shelter and people in them are unlikely to be disturbed. But there can be a deadly downside – if people do not wake when they are collected, they can end up crushed in landfill.

That same investigation found the numbers of people – usually homeless – appears to be on the rise.

The family of Corrie Mckeague firmly believes he was taken away by the refuse lorry that fateful night and his remains lay somewhere in the landfill.

The search for Corrie continues.

Journalist hat off, I would like to say that I and all of the colleagues I have worked with on stories about Corrie desperately hope he is found so that his family can get the answers they so desperately deserve and need.

BBC: The mystery of the airman who disappeared

The asylum seekers, migrants and refugees in search of legitimacy

What do the new inflation figures mean for those already struggling to make ends meet?

The hamlet that has all but disappeared

‘Ed Sheeran inspired me to rap about my home town’